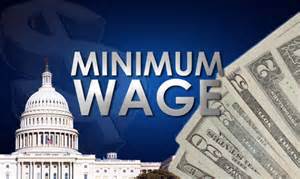 A group of Raiders cheerleaders who are now getting paid minimum wage dance in August. (Marcio Jose Sanchez/AP)

A group of former Oakland Raiders cheerleaders got a little something extra today to go along with their glitter, pompoms and fist pumps — $1.25 million.

The cheerleaders had brought a class-action wage-theft lawsuit against the Raiders in California eight months ago, the Los Angeles Times reports. The settlement with the team, which was announced today by lawyers from both sides, is awaiting final court approval.

The lawsuit, filed in January, accused the Raiders of several unfair employment practices, most prominently failing to pay minimum wage. When the Raiderettes stopped to do the math, they figured out the $1,250 they made per season equated to $5 per hour, according to lead attorney Sharon Vinick (via CBS Sports).

Before the lawsuit was settled, the Raiders changed their policy and increased the cheerleaders’ annual compensation to $3,200 in July, the L.A. Times reports.

An Alameda Superior Court judge, however, ruled that it was too little, too late. Per the Los Angeles Times:

About 90 women, some of whom were angry that the case had been filed because it embarrassed the team, will receive checks. Lacy T., the original plaintiff, and Sarah G., who joined the case a short time later, will receive an additional $10,000 for bringing the lawsuit. To protect themselves from overzealous fans, cheerleaders traditionally do not use their last names, and the court has not required them to do so.

“I’m so excited, honestly,” Lacy, 28, told the L.A. Times. “I feel a sense of satisfaction knowing this long journey is over and will end happily for 90 women. … I know we’re just cheerleaders to people, but we’re low-wage workers working for a billion-dollar industry. It shows everyone that one little girl who stood up and said, ‘This is not right,’ changed the way the Raiders do business.”

Ninety women may be pleases, but there are still plenty of others whose monetary fates are pending. Cheerleaders for the Buffalo Bills, the Tampa Bay Buccaneers and the New York Jets all have similar cases currently in court. The Bills lawsuit alleges what might be the most horrifically unfair scenario.

Per The Post’s Cindy Boren:

The Bills cheerleaders, known as the Jills, allege that they were inadequately compensated and were subjected to demeaning treatment that included “jiggle tests.” The lawsuit, filed against Stejon Productions Corp., which manages the Jills; Citadel Communications, the Jills’ former manager; and the Bills in State Supreme Court in Buffalo, alleges that the women were not paid the minimum wage and were mistreated at, among other times, their annual golf tournament. They claim they were required to wear bikinis and enter a dunk tank, as well as being auctioned off like prizes.

That said, not all NFL cheerleaders have disputes with the teams that employ them — even at low (sometimes ludicrously so) wages.