Link to the Employment Matters Blog Article by Michael Arnold

It felt like we were in a dream. Or maybe San Diego. Day after day, 82 degrees and little humidity. In a word: pleasant. We know next summer probably won’t be the same, but we sure enjoyed this one. That’s right – this was the “coldest” summer in New York’s history. And the same can probably be said for many employers in the media, entertainment and retail industries who are battling unpaid interns in the courtroom.  Each week seemed to bring us another unpaid intern class action lawsuit: Oscar de la Renta, Coach, Donna Karen and Sirius XM to name a few. And courts continued to certify classes in existing unpaid intern lawsuits: Warner Music and Gawker for example. Many of these employers may be on the hook for millions of dollars in back wages, liquidated damages and attorneys’ fees.

This all started almost exactly three years ago when two former unpaid interns sued Fox Searchlight – an independent film division of 20th Century Fox – claiming that the company should have classified them and other interns as employees and paid them at least the minimum wage and overtime.  In June 2013 a New York Federal Court allowed the interns to seek collective relief and it was game on as lawsuit after lawsuit followed. The Fox Searchlight case and another intern case (Hearst) have since made their way up to the Second Circuit Court of Appeals, which will decide this Fall the appropriate standard a court should apply when deciding the classification issue.

Even if the Second Circuit ultimately makes it easier for unpaid interns to initiate class actions, we expect that the number of these lawsuits will eventually plateau and even drop off as many employers have already started to adjust their behavior by paying their interns or restructuring their internship programs to meet the Federal and various state department of labor internship tests.

In some cases employers have eliminated their internship programs altogether, but on the whole, we expect internships to remain prevalent in the workplace. In fact, one study says that more than half of graduating college seniors have held at least one type of internship while they are in their collegiate/formative beer pong years. Pro Publica, an investigative journalism non-profit, says that’s double the number from just a decade ago and it doesn’t even include college graduates, high schoolers or others individuals. Internships also play an important role in the lives of younger workers as they allow students and job seekers the opportunity to build their resume, grow their networks and gain valuable experience. They also serve as less expensive forms of labor for employers (even when paid). In other words, internships aren’t going anywhere.

Although summer is now behind us, that does not mean you should necessarily focus your attention away from this issue, especially if you have a winter break internship program or utilize interns year-round. We previously offered some helpful tips in structuring your program properly here.

The Madison Square Garden Co. on Monday became the latest company targeted in a putative class action alleging that it improperly classified regular employees as interns in an effort to avoid paying them, according to documents filed in New York federal court.

A German student and Bank of America intern dropped dead in London after working a string of around-the-clock shifts. Moritz Erhardt, 21, had been an undergraduate exchange student at Michigan’s Ross School of Business from January through May of this year, officials said. He accepted an internship with a London Bank of America. Erhardt was found dead in his apartment and, according to his flatmate, he had returned home at 6am three days in a row. It has been reported that Bank of America interns regularly work 14 hour days, clocking up to 100 plus hours a week. Erhardt studied at WHU-Otto Beisheim School of Management in Vallendar, Germany. He had previous internships at Morgan Stanley, Corporate Global Investment Banking and Deutsche Bank. “We are all deeply shocked and saddened,” Peter Augustin, a spokesman for the German business school. Full article.

The U.S. Department of Labor has clear rules governing the legality of unpaid internships. According to the U.S. Department of Labor, an unpaid internship is only lawful in the context of an educational training program, when the interns do not perform productive work and the employer derives no benefit. “If the employer would have hired additional employees or required existing staff to work additional hours had the interns not performed the work, then the interns will be viewed as employees and entitled to compensation under the FLSA.”

Unfortunately, in today’s economy, where shareholder value and the bottom line take precedence over everything, companies have found a new way to improve profits—by promising educational opportunities to interns, but using them instead to replace paid employees. At Leeds Brown Law, we believe this is wrong, and will use our experience, knowledge, skill and resources to help you pursue compensation for your efforts.

Donna Karan International Inc., the popular designer of women’s fashion, was hit with a putative class action in New York state court on Wednesday for allegedly classifying regular employees as interns and trainees to avoid paying them. 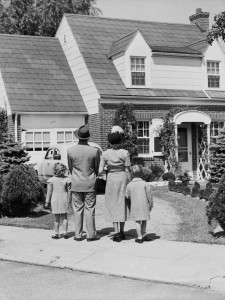 “Providing interns with an unpaid, under-educational experience can ruin your image as an employer of interns and full-time employees, while creating a paid intern program is good business. It helps to find more talented students (paid positions get 2.7 times as many applications as unpaid roles), helps increase conversion of interns to full-time hires, and creates more buy-in from students during their internship.”

The group concludes, “By not paying interns and allowing students to ‘pay their dues,’ businesses are actually setting themselves up for serious legal troubles.